In his new book, Angels and Saints The Power & Glory of Our Heavenly Hosts, Scott Hahn feels we should not think of saints and angels as being different from ourselves. He uses his book to "dispel false notions and urban legends people use to keep saints at a safe distance". He discusses the saintly community in all its diversity from Moses to Mary, Augustine to Therese, from the first century to the last in hopes that these examples will lead to a new understanding of holiness. In Angels and Saints Hahn tells the stories of several saints and angels in a new way to try to show that "saints are spiritual giants but also flesh and blood in reality. They are neither other-worldly nor this-worldly but exemplify the integrated life every Christian is called to live". The reader is encouraged to try to follow the examples shown in the lives lived by ordinary people that led them to a closer relationship with God. As Hahn says in Angels and Saints "Only saints live in heaven. We need to be more like saints if we want to live in heaven some day". 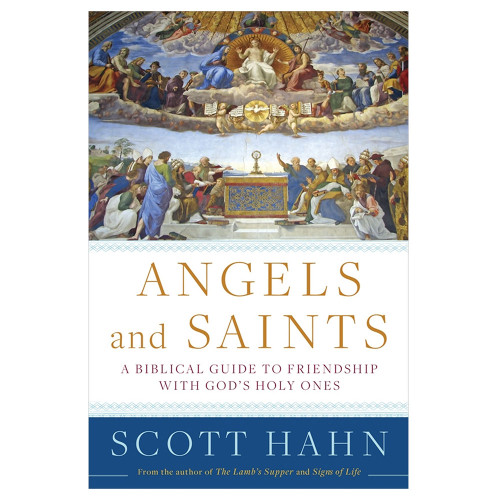 Joy to the World Hahn, Scott

"How to Live in Flip-Flops" by Sandy Gingras

Angel In The Waters Doman, Regina

33 Days to Merciful Love Self Retreat