Book Notes:
One of the most popular and beloved introductions to Christian faith ever written Mere Christianity has sold millions of copies worldwide. The book brings together Lewis's legendary broadcast talks of the war years, talks in which he set out simply to 'explain and defend the belief that has been common to nearly all Christians at all times.' Rejecting the boundaries that divide Christianity's many denominations, C.S. Lewis provides an unequaled opportunity for believers and nonbelievers alike to hear a powerful, rational case for Christian faith. It is a collection of scintillating brillance that remains strikingly fresh for the modern reader and at the same time confirms C.S. Lewis's reputation as one of the leading writers and thinkers of our age. 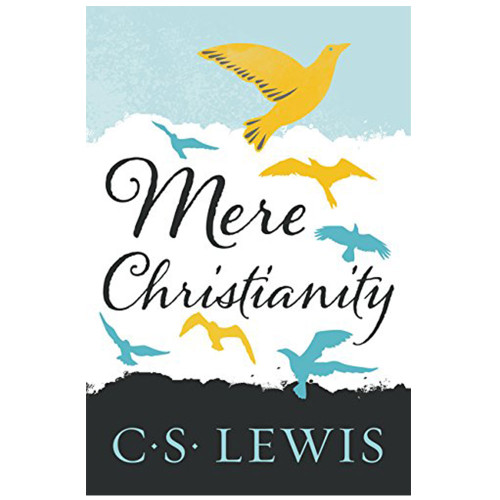 The Great Divorce by C.S. Lewis

How Does Your Garden Grow Wall Art

With God All Things Are Possible Wall Plaque