George Weigel, best-selling author and one of America's foremost commentators on issues of religion and public life, takes the reader to Krakow, Poland which is the birthplace of Saint Pope John Paul II in his new book City of Saints A Pilgrimage to John Paul II's Krakow. Pope John Paul II initiated World Youth Day in 1985 and in 2016 the youth of the world will gather in Krakow to celebrate this important international day. Weigel presents "a spiritual travelogue that further illuminates the life and homeland of one of the most influential leaders of all time".

City of Saints would be an excellent resource for any young person or adult to read before going to the World Youth Day assembly giving relevant information not only about Saint Pope John Paul II but also about the city of Krakow and the country of Poland. It would also be of interest to anyone who would like more information about Pope John Paul II and his birthplace.

Along with being a Distinguished Senior Fellow of Washington's Ethics and Public Policy Center, Weigel is a Newsweek contributor, Vatican analyst and author of 15 other books.BR>
City of Saints A Pilgrimage to John Paul II's Krakow Paperback 320PGS 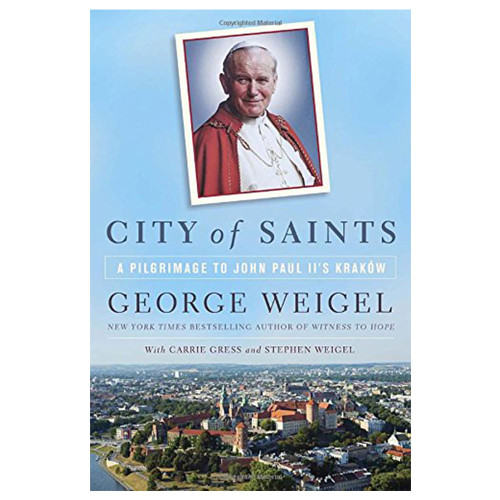